Shershaah finally made its official release on the OTT platform Amazon Prime Video on 12 August. Directed by Vishnuvardhan and written by Sandeep Shrivastava, with Hiroo Yash Johar, Karan Johar, the movie chronicles the life of Param Vir Chakra awardee and army captain Vikram Batra, played by actor Sidhharth Malhotra, who led Indian army in its toughest ever mountain warfare operation in 1999 Kargil War.

The movie has very well depicted the story of captain Vikram Batra and the hardships he must have been through when leading the country’s toughest operation. Sidhharth Malhotra plays double role in the movie, the lead and captain Vikram Batra’s identical twin brother. Sidhharth’s performance as an actor was applaudable, but the problem with the film is that it is a story of a man who looked in the eyes of death and became India’s greatest ever war hero. The film does not deliver what it should have with a story like that of captain Vikram Batra.

Kiara Advani, the female lead, has very limited screen time but she makes her presence count whenever she gets the chance. The music and the cinematography of the film has also been very good. Overall, all the actors including the lead and the supporting actors have been excellent performances and the movie is a must watch for their work. The screenplay has also been outstanding.

However, by no means is the movie a bad one. Apart from a few points, the film is still a good effort on bringing a story so powerful to the audience. Yes! It could have been a lot better, but it is not bad either. 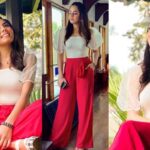 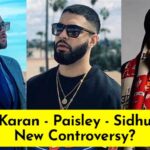