Shikaari is a 2021 Punjabi-language based Indian, crime-thriller-drama web series directed by Maneesh Bhatt. It stars Guggu Gill, Ashish Duggal and Sukhwinder Chahal in the lead roles. The web series is produced by Chaupal Studios. It will be officially released on the Chaupal OTT platform, on 15 October 2021.

Shikaari depicts the story of three friends Guggu Gill, Ashish Duggal and Sukhwinder Chahal, who plan to rob a bank in Delhi. They plan for robbery very skillfully and tactfully so that their coming generations must remember that their fathers, grandfathers and great grandfathers have done a huge ‘Scandal’. Delhi police got to know about the scam and then they tried to follow them. After this, the game of mouse and cats begins and Delhi Police are not able to find the three friends although they reach Punjab in search of them. 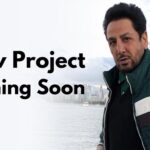 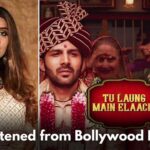