Shilpa Shetty’s husband Raj Kundra, the businessman has been arrested by the Mumbai Police on Monday as the ‘key conspirator’ in a pornography-related case.

According to the news portals, the Mumbai Police Commissioner, Hemant Nagrale confirmed the arrest in a statement that read, “There was a case registered with Crime Branch Mumbai in February 2021 about the creation of pornographic films and publishing them through some Apps. We’ve arrested Mr Raj Kundra in this case on 19/7/21 as he appears to be the key conspirator of this.”

The police also said they have “sufficient evidence against him”, though they added that further inquiries are in progress.

Kundra has been booked under the relevant sections of the Indian Penal Code (IPC) and the Information Technology Act. These are sections 420 (cheating), 34 (common intention), 292 and 293 (related to obscene and indecent advertisements and displays) of IPC besides appropriate sections of the IT Act and the Indecent Representation of Women (Prohibition) Act.

45-year-old Kundra had spent the night in the custody of the Crime Branch, Mumbai. He will be placed in the property cell office.

Further, the report claimed that these films were released/streamed on paid mobile applications.

Meanwhile, Kundra and his associate, Saurabh Kushwah refuted Pandey’s claims and said that they haven’t received any notice till now.

Also, the fraud of making and publicizing pornographic content with Kundra’s involvement was first busted in February this year. A woman addressed the Mumbai Police against the businessman and alleged involvement in enticing young women and men on the pretext of offering roles in web series and short films. They allegedly forced them to act in a pornographic film instead. 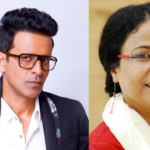 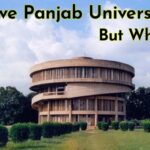