Shivangi Joshi is one name from the Indian television Industry that has now become a household name in India. People love the adorable actress for her looks and incredible acting skills. She has been a part of television daily soaps like Yeh Rishta Kya Kehlata Hai and Balika Vadhu 2.

And currently, she is seen in the TV reality show; Khatron Ke Khiladi, season 12. But do you know, just like any other outsider, Shivangi too had to struggle a lot for marking her name in the entertainment industry?

Not only this, but the actress has also faced serious criticism from some of the senior actors on set. Recently, in a candid conversation with Times Of India, Shivangi Joshi talked her heart out about her journey, struggles and early years.

She revealed that she used to appear in at least 4 auditions every day for almost 6 months and still got rejected in return. And even when she got selected to act in her first show, things didn’t change much.

The actress said, “I don’t like to name the actors but yes, I have faced hard criticism. It was my first day on the shoot of my first show and it was immediately after doing ads. When I was giving my shot, my director asked me to give the camera look and as I was completely new I thought I have to look into the camera and say lines. I had no knowledge. He said cut, he told me that I don’t have to look into the camera. I still was clueless and I went and asked my director. He was very supportive and he explained everything to me very sweetly. But before that, there were a few senior actors from the show who were sitting there and started making remarks.”

No matter how much struggle Shivangi has been through, no one can deny the fact that she has transformed herself into one of the most popular, successful and loved actors in the Television Industry in India. 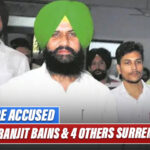 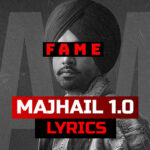