The arrival of 2022 will bring a lot of new releases for Punjabi Cinema. Along with “Posti” and “Main te Baapu”, Jayy Randhawa’s long awaited ‘shooter’ will also be released in January 2022.

Male lead of this movie: Jayy Randhawa announced the release of ‘Shooter’ using his Official Instagram handle. Fans could be seen showering love in the comment section.

The movie has gone through multiple release halts and received criticism at a huge level. Even Punjab’s Former Chief Minister, Captain Amrinder Singh once made a remark on this movie saying, “ It promotes violence, heinous crimes, extortion, threats, and criminal Intimidation”.

Initially, this movie was based on the life of a demised Punjabi Gangster Sukha Kahlon who remained in headlines for a long time due to multiple charges of murders and other crimes, and was ultimately encountered by Punjab Police.

Jayy Randhawa’s iconic body transformation for this particular movie caught the attention of the entire Punjabi Industry and the audience of Punjab. He can be seen holding pistols in both hands wearing a yellow pull-over.

Shooter was supposed to be released around two years ago. But unfortunately, a ban was put on this movie. After several amendments, the movie finally received a green by judiciary.

In an interview, Jayy Randhawa stated that the movie has gone through several amendments, and the updated version is no more based on Sukha Kahlon’s life.The movie now is just a fictitious gangster movie.

Apart from Jayy Randhawa, Kanika Mann, Vadda Grewal, Swalina, and Shubh Sandhu will be seen enacting in this movie. Jagdeep Warring penned the film’s script and Dilsher Singh and khushpal Singh have directed it. We wish the entire team luck for this big release. 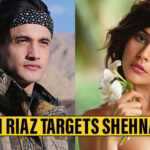 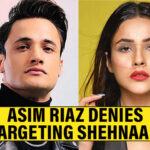