The producer of the most controversial Punjabi movie “Shooter” has moved the Punjab and Haryana High Court disputing the suspension of the film’s exhibition by Punjab and Haryana because the Central Board of Film Certification had given a nod for its release.

The producer, Kewal Singh, pursued the cancellation of an announcement dated February 10, 2020, which was issued by Punjab, and an order dated February 20, 2020, by Haryana which noted the suspension of release with sudden effect, about the orders. The producer has submitted that “Shooter” was to be considered to be an uncertified film in the states for two months from the date of order/notification’s allotment and that the notification/order was without jurisdiction.

Moreover, it was banned by the order of Chief Minister Captain Amrinder Singh, as the movie is based on the life and crimes of famous gangster Sukha Kahlon on the ground that it promotes violence, terrible crimes, threats and criminal intimidation.

After that Jayy Randhawa stated in an interview, that the plot of the movie has been changed and now it isn’t based on the life of Gangster Sukha Kahlon. Now let’s wait for the decision of the court on the release of the movie. 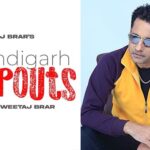