The shooting for the upcoming Punjabi project “Panchhi” has begun, On Wednesday. The project is produced in collaboration by Pitara Movies and Humble Music productions. It is directed by Maneesh Bhatt, the new rising director in the industry. It stars Prince Kanwal Jit Singh, Aarushi Sharma, Sandeep Malhi and various other artists. The actors and the team of “Panchhi” shared the happy news of the commencement of its shooting through social media.

Prince KanwalJit mentioned Punjabi superstar Gippy Grewal in the caption of the post because Gippy was the writer and producer of the 2020 Punjabi web series “Warning”. Prince played an important role of “Pamma” in the web series and was also the dialogue writer of the series. Prince thanks Gippy for mentoring him in “Warning”.

Though the shooting for the project has begun, there is no confirmation whether it will be released as a movie or a web series. 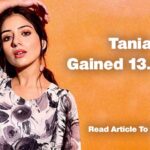 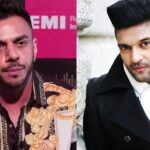