Punjabi cinema appears to have started taking web series seriously now. Many Punjabi web series have been announced this year and now another one has made its entry to the list. The Web series titled ‘Shahi Majra’ under the banner of Pitaara Tv productions has started shooting.

The series will star actors Nikeet Dhillon, Ninja and Sawan Rupowali playing the lead roles. Sawan Rupowali even shared a picture from the sets of the show. Her character’s name will be ‘Gurnaaz Bhullar’ who is playing the role of S.H.O. in the series.

Supporting actors aiding Ninja, Nikeet and Sawan include Sangar Jp and Anita Shabdeesh. Prem Singh Sidhu will feature as the director of the series. Ishaan Sharma is the DOP of the series.

The interesting thing about the series is that it is going to get an OTT release like every other web series but not the existing platforms. This series will make its official release on Pitaara Tv’s very own OTT platform which is scheduled to be launched soon. The platform is expected to become an upcoming hub for Punjabi content.

Shahi Majra has been lined up for its release after the Mehmaan Garh and Vardaar web series. These two web series will also be released on Pitaara Tv’s OTT platform, after which Shahi Majra will make its release. 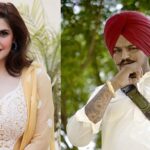 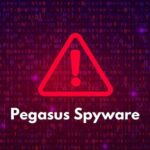