Gurnam Bhullar’s fans must be the happiest as the actor has recently completed the shooting of his upcoming Punjabi movies. Gurnam undoubtedly is continuously garnering immense appreciation and compliments for his performances in recently released movies like Main Viyah Nahi Karona Tere Naal and Lekh.

And now, the actor will be seen in an upcoming Punjabi movie Khadari. The film will also feature Surbhi Jyoti in the leading role opposite Gurnam. The film’s shooting began in May 2022 and the team has recently wrapped its shooting schedule.

It was not a long time ago when we updated you with Gurnam’s upcoming action movie. And here it is! Gurnam has proved to be an amazing actor in sweet-romantic roles, but this time he is bringing something very unique for all his fans.

In Khadari, we expect him to be a player who will possibly deal with maintaining balance in his personal and professional life. We also believe, Gurnam might also play the role of a father as we can spot a small kid in the wrap-up celebration of Khadari.

All these things are wild guesses which will only be confirmed with time. For now no official or expected release date of Khadari has been announced. 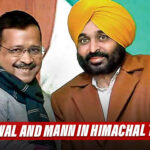 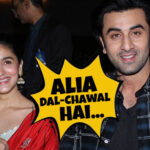