The upcoming Punjabi movie ‘Lekh’ was announced as a surprise birthday gift for Gurnam Bhullar. Director Jagdeep Sidhu took it to his Instagram account and there he shared the poster of the upcoming movie.

The film will star Gurnam Bhullar and Tania opposite each other in the lead roles. And the fans will be happy to know that the cameras have already started rolling for this movie.

The shooting of ‘Lekh’ has finally started and Jagdeep Sidhu shared the picture of the clapboard on his Instagram story.

The film is written by Jagdeep Sidhu, and is being directed by the new duo Manvir Brar and Bhanu Pratap Singh. Jagdeep also dedicated a beautiful note for them on his latest Instagram post.

Punjabi actress Neeru Bajwa also shared and congratulated the team for the film.

As the shooting has started, the exclusive pictures from the sets of ‘Lekh’ are also out. Have a look at them.

Also Read: Puaada’s Trailer Is Out, And It Is All The Audience Wanted 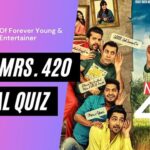 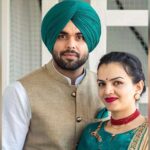