Shree Brar’s arrest in Patiala is one of the most trending issues in Punjab since last week. And here we have an update on the case for you.

Shree Brar has received bail to be out of the bars, as he was arrested for spreading gun culture among the youth by the song ‘Jaan’.

As per sources, Shree Brar is given bail based on the convincing plea of his lawyer HPS Verma. But he is asked to pay a fine of 50,000 INR and will be released out of Jail after paying the fine.

Singers like Babbu Maan, Ranjit Bawa and Jass Bajwa have come in support of Shree Brar till now. And recently singer of Jaan song; Barbie Maan also released an apology in an IGTV video on her Instagram account. She said, ‘They didn’t do it with intention to hurt or offend anybody, but still if the administration believes it was wrong I feel sorry on the behalf of my entire team.’

Barbie Maan Issued An Apology For Her Song ‘Jaan’ 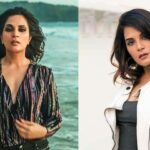 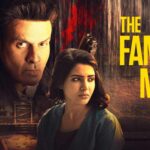