Shree Brar’s arrest was the talk of the town for two weeks and now when he is finally out of the Jail, he revealed many details about what he experienced there.

In a recent live session, Shree said the police at Sangrur were kind and nice towards him as they never disrespected him. He felt overwhelmed as one day a police man massaged his head when he was asleep. Brar also said that the policemen there are in the favor of the Farmers’ and they used to keep praying for them.

But one thing which he didn’t like was the lack of quality of rotis (chapati) and he has decided to donate a roti machine to the Jail. He also said that he will gift his first smartphone which he bought himself to the son of a policeman who isn’t able to buy one for his son due to his less income.

When asked about the Kisan Anthem, he revealed that one more song just like Kisan Anthem is soon to be produced featuring bollywood stars/singers but they are afraid of cases like Shree Brar got into.

Shree Brar kept the discussion about The Farmers’ Protest hot, as he requested the youth to prepare a list of companies which get benefitted by Punjab bur do nothing in return for the good of Punjab. He praised Ravish, NDTV and BBC for showing the true side of the story without manipulation.

And he ended the session by spilling the beans about his upcoming projects. He said he has written 25-30 songs and two films which he will start working on soon.

Shree Brar was arrested for promoting gun culture among the youth by his song ‘Jaan’ for which it’s singer Barbie Maan released a apology for after the arrest of Shree Brar. 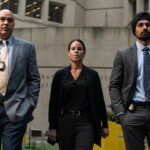 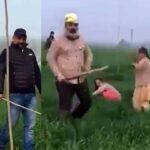