Punjabi singer Shubh is undoubtedly one of the finest and shiniest gems in the Punjabi Music Industry. He has been entertaining his fans with his amazing and chartbuster songs continuously. Internationally hit songs like We Rollin, Elevated, No Love, Baller and more make his discography exceptionally special.

And now the singer has added another feature to his hat. We know the list of Shubh’s achievements is long as he has earned massive fame and success internationally. But currently, we are talking about Shubh’s latest feature on The Times Square Billboard in New York.

Yes, if you are a true admirer and fan of Shubh, you must be happy to know that the singer has made it to the Times Square Billboard. The fans are capturing and sharing the pictures of the same on social media.

The Times Square Billboard featuring Shubh also mentions the names of his popular and hit songs; Baller, No Love, Off Shore, Elevated and We Rollin.

Also Read: Not Only Netizens, Alia Bhatt Also Wants Karan Johar To Stop Talking About Her In Koffee With Karan

On the work front, Shubh is collecting appreciation and positive comments from the fans and public for his recently released song Baller. The song is close to crossing 10 million views on YouTube. 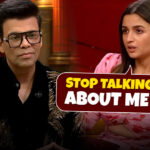 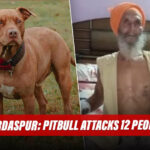