Popular actor Sidharth Shukla passed away at Cooper Hospital on September 2, leaving his fans devastated with this news. He has delivered a lot to the industry. The actor has not only won the controversial reality show Bigg Boss 13, but also has been featured in Hindi serials as well as Hindi films. From his character as Shivraj Shekhar in Balika Vadhu to Angad Bedi in Humpty Sharma Ki Dulhaniya, Sidharth has given several good performances.

Further, the actor’s last show in which we saw him in the lead role was Ekta Kapoor’s Broken But Beautiful 3. The show was released on May 29th. The story of this romantic web series revolves around two absolutely opposite individuals who go through the journey of love, heartbreak and everlasting romance.

Broken But Beautiful 3 was Sidharth’s digital debut with ALT Balaji. He essayed the role of Agastya Rao, a short-tempered and heartbroken theatre director. He was featured opposite Sonia Rathee.

He mentioned that he has experienced the emotions of his characters a few times in his real life. In a news portal he gave a statement, “To an extent, a lot of situations Agastya has gone through in his life are quite similar to what has happened with Sidharth also. So, I could relate to it” 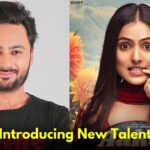 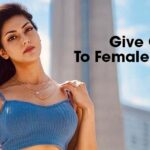