Former Bigg Boss contestants, Himanshi Khurana and Shehnaaz Gill, who had some personal controversial grudges way back, got everything sorted after both of them participated in the reality tv show, Bigg Boss Season 13. The former also shared an amazing unforgettable time with late Sidharth Shukla, who was part of the same season with Himanshi and Shehnaaz.

During a recent interview, Himanshi talked about both the co-contestants. “Sidharth Shukla achieved a lot in his life and made his mother and sisters proud. Unfortunately, he is not with us and his journey of life has completed. People will now judge and expect opening up about their bonds and the incidents that happened from Shehnaaz Gill, who was very deeply connected to him.”, said Himanshi.

She also added that Shehnaaz should now focus on her work keeping Sidharth in her heart. As a girl she needs a lot of support as of now and gladly Shukla’s mother is a strong-headed and matured woman and Sana needs her guidance in these tough times. Shehnaaz has faced a lot in her life in a very short period of time which is not very fortunate to be experienced by anyone.

Himanshi also revealed that Asim Riaz, his rumored boyfriend, has already shot the same song Habit with Jannat Zubair. Habit was recently released to pay tribute to the late Sidharth Shukla. Asim Riaz and the song’s team decided to take this step by giving the tribute through the Shehnaaz Gill latest version and making a pause at the one he shot, which would be released later.

Diljit Dosanjh Talks About How Difficult It Was To Handle A Baby On Sets, Takes A Dig At Shehnaaz Gill

Shehnaaz Gill’s painful and emotional side was clearly visible in the shots she gave for Habit. We know it is very difficult to not remember the one who you were very close to at some period of time of your life. We saw Shehnaaz’s comeback with the promotional tour for her film, Honsla Rakh which is currently in cinemas and receiving an abundant amount of praise and success at the box office. Himanshi also added that due to her busy schedule she couldn’t watch Honsla Rakh but will surely watch it very soon as she has already heard a lot of positive reviews regarding the film. 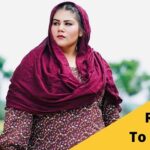 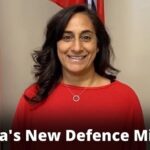