As per the latest development, Sachin Bishnoi, the mastermind behind the murder of renowned Punjabi singer Sidhu Moose Wala, has been nabbed in Azerbaijan. Bishnoi is a one of the key members of the Lawrence Bishnoi gang. After the murder of Sidhu Moose Wala on May 29, he took its responsibility.

Reportedly, Sachin Bishnoi’s fake passport has been recovered, with name as “Tilak Raj Tuteja”, father’s name as “Bhim Singh”, with the address of Delhi’s Sangam Vihar. As claimed by the media, Sachin fled away to Dubai using this fake identify after April 21, almost more than a month before Sidhu Moose Wala’s murder.

As of now, Sachin Bishnoi has been detained abroad, in Azerbaijan. Furthermore, Sachin Bishnoi’s arrest is seen as one of the major developments in the Moose Wala murder case. Additionally, the Punjab police made a number of arrests in the case, including some sharpshooters too.

Last week, late Shubhdeep Singh Sidhu, alias Sidhu Moose Wala’s mother, in a press conference, said that she and her husband would stage a protest, demanding justice for their son. They were unhappy that even months after Moose Wala’s murder, no strict action was taken against the main culprits.

However, now Sachin Bishnoi has been detained, which is one of the major developments in the Moose Wala murder case. Moreover, this may be a big relief for Moose Wala’s parents, fans and family members. 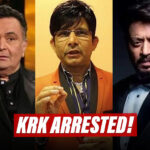 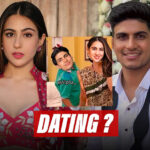