Sidhu Moosewala indeed needs no introduction. His name is an international brand now. People follow him like crazy and he too leaves no chance of entertaining them. Moosewala recently announced his upcoming film, called, ‘Moosa Jatt’, in which he will be featured playing the lead. Produced by Rrupaali Gupta, directed by Khushpal Singh and written by Gurinder Dimpy, this film will approach the theatres on 18th June, 2021.

Other than this, he has announced his debut film, ‘Yes I Am Student’, opposite Mandy Takhar and ‘Gunah’ with his ‘Bambiha Bole’ partner Amrit Maan.

It looks like, after proving his caliber in singing, Sidhu Moosewala is now ready to set the theaters on fire too. His acting debut is much awaited as his fans are eagerly waiting to see him featuring on big screens as well. This news is definitely going to make Moosewala fans more excited as they probably were already waiting for such an announcement. 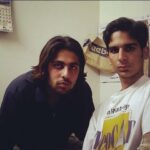 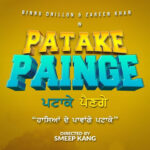