The wait is finally over! Punjabi singer and songwriter Sidhu Moosewala is finally back and it’s big. The Punjabi giant has finally broken his long silence. The singer who used to drop 5-6 tracks per month had been quiet for a  long time now and people had been suspecting that his comeback is not going to be something normal.

Sidhu Moosewala recently uploaded a story & post on his official Instagram account announcing his upcoming album ‘Moosetape’. The album will consist of 25 tracks in total. Though no information regarding the release date is yet known, the singer wrote “Coming Soon” over the poster of “Moosetape”.

The artist had completely deserted his instagram account by removing all the posts, reducing his following to 1 and even removing his profile picture. The account received its first post yesterday, on Tuesday. And today, the big announcement has been made. The profile picture is back too.

Fans suspect that 14 March is the date “Moosetape” is going to drop as Tupac’s “Me against the world” dropped on that day in 1995 and Sidhu is a die-hard Tupac fan. But there hasn’t been any official date announcement by the artist yet. We hope Sidhu drops the album soon because neither we, nor the audience can hold back any longer. 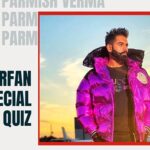 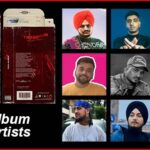