On 16 June, Sidhu Moosewala dropped the 10th track, Signed To God, of the album Moosetape. The track was different in various ways. It marked the Moosetape’s journey’s 10th track. It brought Steel Banglez and JB in the album as music producers. It was the first international collaboration on the album.

But apart from all this, Sidhu Moosewala achieved an outstanding feat with the track. He became the first ever Indian Youtube Creator to get a custom made Youtube Premiere Countdown. Like every song of the album, “Signed To God” also premiered live on youtube, minutes before its official release.

The difference from all the other tracks was that the premiere of the previous tracks was the ‘Default Youtube Premiere Countdown’ but this time, the premiere was a custom-made timer countdown with Sidhu Moosewala’s pictures on it. Sidhu is the first-ever Indian Creator to get his own premiere countdown.

The Custom-made countdown was made possible by One Digital Entertainment, an Indian digital video & creator’s network, in association with Youtube India. Sidhu Moosewala leaves behind the biggest YouTubers of the country by this feat of his. This man is completely unstoppable and is making the Punjabi community proud with every moment of his life. 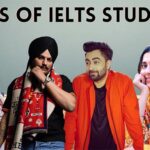 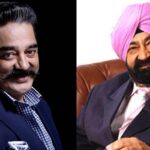