Sidhu Moosewala has finally come out on the issue of Ammy Virk vs the public hate. The recent Ammy Virk interview has started a wave of support and statements in the Punjabi industry. Soon after the interview ended, big faces of the industry started reacting to it and showing support for Ammy Virk.

Sidhu Moosewala has also made his contribution for extending support to Ammy Virk. The singer uploaded an Instagram story, requesting the public to stop spreading hate and speak only love.

He added that we can only win this fight between the farmers and the centre government’s decision, if we stay together and united. If we will start criticising our very own people, who’ve been supporting the protest since day 1, how can we expect people from the outside to understand our pain and extend help.

He further added that Ammy Virk has always been with us, with the protest, and will continue to be with us in the future too. ‘Spread love’ is the only way to walk out victorious in this battle.

Sidhu Moosewala is not the first one to come out in open support of Ammy Virk, who’s constantly been criticised for working with Zee Media and Bollywood actors, considered anti-farmers.

Ammy Virk’s recent interview wherein he explained why he had to share his debut Bollywood film Bhuj, and how he had done the Bollywood projects even before the protest began, seems to have awakened the whole industry. Sidhu Moosewala has also put his views forward and has clearly supported Ammy. 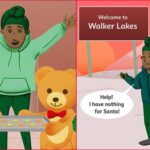 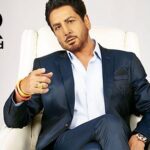