The wait is finally over! Moosetape is as close to its release as it can get. 10 days before the official release date of the album, Sidhu Moosewala has surprised his fans with the official trailer of the album Moosetape.

The trailer premiered live on youtube at about 8:00 a.m. today. The 1 minute 39 seconds long video is all you need to see to get an idea of what a historical album Moosetape is going to be. Watch the official trailer here.

Directed by Sukh Sanghera, the trailer simply looks sick. It’s even better than the teaser. The teaser of the album was already perfect and had made Sidhu fans madly wait for the album, and now with an even better trailer, all we can expect is Moosetape to be one of the best Punjabi music albums to date.

Sidhu had already called Moosetape, “ History In Making” and now we know why! The artist wished his beloved mother “ Happy Birthday in advance ”. Sidhu’s mother’s birthday falls on May 15, the official release date of the album. So this album is a birthday gift by a son to his mother, which just makes it even more beautiful. 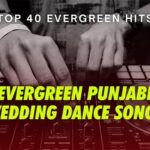 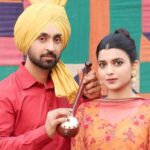