If you’re still unaware of what exactly the buzz is about, then you can check out our last story about it;

Which means, “Our(my) pride guarantees that we don’t disclose names in public/ mehfils”

Which means, “Think before you talk behind my back, as the people you go to meet, come to meet me”

This looks like he is directly commenting on Karan Aujla in favor of Amrit Maan.

The online war between Karan Aujla and Amrit Maan has gained enough attention that almost every meme page has their latest content based on this controversy.

Recently, Deep Jandu also poked the matter and shared an Instagram story in which he wrote, “I am probably the only producer who worked with all three artists; Karan Aujla, Sidhu Moosewala and Amrit Maan” 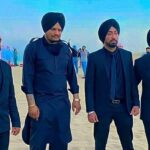 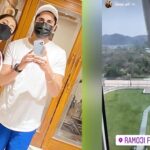