Sardar’s Take is a popular Punjabi Movie & Music critic. Sidhu Moosewala’s debut film as a lead actor finally released on 8 October in India after facing various legal issues and Sardar’s Take could surely not have missed such an important review. The critic watched the movie and was quick with his review, which he posted on his Instagram and Youtube. What grabbed everyone’s attention was Sidhu Moosewala’s reaction to Sardar’s Take review of Moosa Jatt.

When Sardar’s Take uploaded his review of Moosa Jatt, Sidhu Moosewala slipped in the Instagram comment section of the post to reply. The review did not seem to go well with the Moosa Jatt lead actor and he came up with his comment on it. Sidhu wrote that nobody asked for his review and also told Sardar’s Take to unfollow him. He also used some abusive words to complete his comment.

Sardar’s Take did not come up with a proper reply to Sidhu Moosewala’s comment but shortly after his comment, the critic uploaded an Instagram story which said that if you cannot handle constructive criticism, you are not ready to grow as a person. It was very evidently a reference to Sidhu Moosewala’s comment, though Sardar’s Take did not specifically mention anybody.

It’s been on several occasions that Sardar’s Take has fallen prey to public backlash and this time even celebrity backlash for his reviews. The audience states that the critic goes ‘over-the-top’ sometimes. Many Sidhu Moosewala fans have also labeled him as an ‘Anti-Sidhu’ as he’s been seen criticising Sidhu Moosewala for the language in his songs and promotion of violence & gun culture.

It is quite rare to see a top celebrity come so open and reply straight away in the comment section. Sidhu Moosewala is known to have an aggressive and straightforward attitude towards things and his comment is probably a result of it. Do you agree with Sardar’s Take review of Sidhu Moosewala’s Moosa Jatt and do you think Sidhu’s comment was right? What are your views? 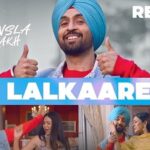 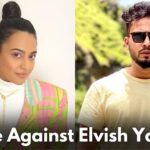