The word on the street right now is Moosetape. As fans of Sidhu Moosewala were enjoying the last track, ‘Me and My Girlfriend’ from his album, he has just dropped another one, Sidhu Son.’ Currently, he’s released the official audio of his song.

The song is all about Sidhu’s Life and his success. The singer is famous for his self-loaded songs and that’s what this one is also about. This song is perfectly describing his life explaining how he earns success in the UK and how he reaches so high from village Moose to Toronto. So, without wasting a time, listen to the full song here-

The title is perfect with the song. As mostly in every line he is mentioning ‘Munda Sidhuya da Agg Kadta’. Also, the song garnered more than 3 lakh views within 15 minutes. Fans are highly instilled by his new edition.

Moving to the credits, the ‘Sidhu Son’ song is crooned, penned, and composed by one & only, Sidhu Moosewala. Its music work is done by The Kidd. The track is released under the label of Sidhu Moosewala only, whereas promotion credits are gone to Gold Media entertainment. So, if you haven’t listened to the audio, then do not fritter away your time and listen to the song. 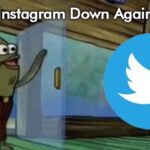 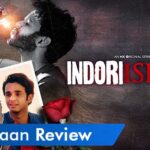