Sidhu Moosewala is a name that ruled millions of hearts with his superhit and chartbuster songs. But his unfortunate and untimely demise on 29 May 2022 left the world shattered.

It’s still difficult for his fans and admirers to believe he is no more in this world. His last rites were performed on 31 May in his village Moosa, Mansa. Various videos and pictures from the cremation and rites went viral on social media and made the world emotional.

For the cremation rituals also, approximately 30-50 thousand fans had reached Moosa to pay their last tribute to the late superstar singer. Everyone was emotional and remembered Sidhu as an amazing human being. His village people revealed how Sidhu used to plough fields and have deep discussions about the betterment of Mansa.

The girls from Sidhu Moosewala’s village also got emotional while talking about how Sidhu used to pay the fees of all village girls who wanted to study further. Not only this, Sidhu Moosewala also used to show up often at his village’s bus stand to protect the girls from eve-teasers or any other kind of trouble.

He was always very protective of his family, close friends and village people. That’s why his sudden demise has not only saddened the villagers but also left them heartbroken.

The world mourned the death of Sidhu Moosewala as condolences from various International, Bollywood and Pollywood artists poured on social media. Haryanvi Singer Fazilpuria has even stepped ahead to seek justice for Sidhu Moosewala and has demanded every artist to stand together and take action.

The singer who took Punjabi music to international music charts was murdered by anonymous gunmen in village Jawaharke village, 4 km away from his village. The investigation is still on and the Punjab government and Police have assured strict actions against the people involved in this murder 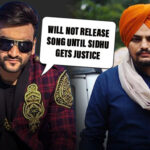 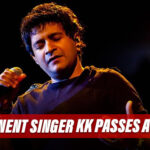