The hottest topic in the Punjabi Industry right now is the rumored beef between Sidhu Moosewala and Prem Dhillon. Owing to the recent developments in their relationship, it does not feel like a rumor anymore, but the truth. Now, Sidhu Moosewala has dropped his Instagram post with a caption that is again putting a stamp on the speculations of his beef with Prem.

Sidhu Moosewala wrote in the caption of his most recent Instagram post referring to Prem, probably, that he is switching teams and telling things to others. He further wrote that the whole industry is talking behind his back but he doesn’t have time for that. In addition to the reply, Sidhu also dropped a hint at his upcoming tracks.

ALSO READ | Satisfy: Sidhu Moosewala And Shooter Kahlon Are Ready To Blow Away The Audience Once Again!

One thing is for sure that there is something going on between Sidhu Moosewala and Prem Dhillon. Prem’s improving relationships with Sidhu’s friend-turned-foe Byg Byrd, Sidhu’s recent Instagram stories, Prem unfollowing Sidhu and now Sidhu’s Instagram post caption, all of this hold some substance to it.

When the rumours started spreading, nobody believed that someone like Prem Dhillon could have a fight with Sidhu Moosewala. Sidhu and Prem both have always had a brotherly relationship among each other. Sidhu even called Prem his ‘Chhota Bhra’ (little brother) during his visit to Sonam Bajwa’s talk show Dil Diyan Gallan.

The other part of Sidhu’s caption reveals that the singer is soon going to get back on track. Sidhu Moosewala has always been known for dropping multiple songs in just a month. It was also one of the major reasons behind the artist’s rise to fame. But after MooseTape, we haven’t heard many tracks from the artist. Now, we are hoping Sidhu Moosewala, the singer, is finally going to let some fire out of his closet! The audience also awaits Dekhi Chal, Satisfy and many more such tracks! 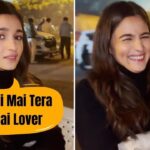