‘Tupac Naal Mildiya Rashi Mitheya’, the lines by Sidhu Moosewala were spoken about a year ago, but today we know why he said those lines. We all know Sidhu Moosewala breathes for Tupac Shakur. The artist openly calls the 6-time Grammy nominated his idol and his most favorite artist ever.

Along with Tupac Shakur, Sidhu Moosewala is also a big-time admirer of a 2-time Grammy winner and often defined as one of the greatest rappers of recent times, Nipsey Hussle.

Sidhu even wrote that all his idols died of homicide, being shot live. Tupac Shakur was shot on 13 September 1996, the event ended the life of one of the most influential rappers of all time. Nipsey Hussle was shot to death on 31 March 2019. The two gunshots made the whole world mourn the deaths of two of the greatest artists to step on earth.

Sidhu Moosewala follows western hip-hop and ardently desires to take Punjabi art to the west. Sidhu’s presence in western music can be felt by the fact that international music sensation, Drake, follows him on Instagram and Drake even liked Sidhu’s latest reel on Instagram. 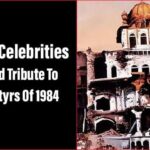 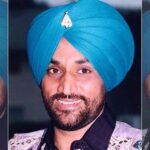