The most awaited ‘Fuck Em All’ by Sunny Malton and Sidhu Moosewala has officially been released. It is their first track after ‘Youngest In Charge’. Simply one of the most awaited tracks of the year, it blew off as soon as it was released. As always, Sidhu Moosewala again had some hidden references in his verse and the audience had many assumptions.

“Faide Fude Laike Unfollow Kar Jaande Ne”, this line in the beginning of Sidhu Moosewala’s verse has raised questions among the fans if the artist is taking a blow at Prem Dhillon. Prem used to follow Sidhu Moosewala earlier but later, he unfollowed him on Instagram. There were widespread rumours that the two had developed probable beef.

Many parts of the video had video clips playing in the background on a screen while Sidhu Moosewala stood in the front. The audience has been making speculations that the clips are from the incident when Gur Chahal tried to slap Prem Dhillon on stage during a live show. The videos had gone viral on the internet and the audience believes that they saw the video in Fuck Em All too.

Another line from Sidhu’s verse talks about someone who became a hit using Sidhu’s name, and another who thinks he’s the best music producer. For this, the audience believes that Sidhu is taking shots at Prem Dhillon in the first line and targeting Byg Byrd in the second line.

While the audience has strong speculations about Sidhu taking shots at Prem Dhillon and Byg Byrd, there is no confirmation from the artist if he really targeted the two. 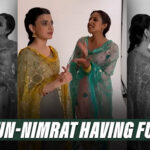 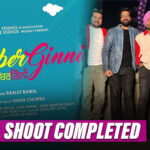