There is hardly anyone in the Punjabi industry right now that has an international reach as that of Sidhu Moosewala. Sidhu is no more limited to just the Punjabi audience, his constant collaborations with artists all around the world has extended his reach to a global audience.

He also revealed that the track is currently in the filming process and it will be out as soon as they can release it. K2 Cruddy is a Pakistani artist from Rusholme, Manchester, UK. Both the artists were introduced to each other by award-winning music producer Surinder Rattan, famous by the name Mangobeats.

Sidhu Moosewala took Punjabi Music to another level with his most recent album MooseTape. He collaborated with a number of artists from the UK, UAE, parts of Punjab and more. And now, with  the K2 Cruddy collaboration, Sidhu Moosewala is going to again bring a new audience to the Punjabi Music.

The audience is very excited for the collaboration. It is a reunion of Pakistan and Punjab and who does not like when the neighbouring countries work together to produce something good for the world and entertain it. Both the regions are known to produce big musicians and legendary singers and once again, we are going to witness them come together. 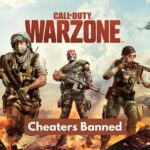 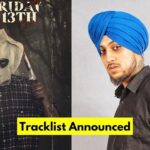