Sidhu’s story hints towards the multiple cricketers who commented on the ongoing farmers’ protest.

We all are aware of what happened on twitter after Rihanna, Mia Khalifa and Greta Thunberg tweeted for the farmers support. Immediately after it, many actors and VIPs like Cricketers form Indian Cricket Team dropped their tweets in support of the government with hashtags #IndiaTogether and #IndiaAgainstPropaganda

Not only Sidhu, but many twitter users slammed the cricketers for their tweets and questioned them why they can not raise their voice for basic human rights.

Captain Kohli tweeted, ‘Let us all stay united in this hour of disagreements. Farmers are an integral part of our country and I’m sure an amicable solution will be found between all parties to bring about peace and move forward together. #IndiaTogether’

The legend of Cricket, Sachin Tendulkar tweeted, ‘India’s sovereignty cannot be compromised. External forces can be spectators but not participants.

Indians know India and should decide for India. Let’s remain united as a nation.

‘There’s no issue that cannot be resolved if we stand together as one. Let’s remain united and work towards resolving our internal issues #IndiaTogether’

‘India has always been stronger when we all stand together and finding a solution is the need of the hour. Our farmers play an important role in our nation’s well being and I am sure everyone will play their roles to find a solution TOGETHER. #IndiaTogether 🇮🇳’

And other cricketers also posted their tweets stating the same.

Whereas, on the other hand there were Cricketer like Sandeep Sharma, Manoj Tiwari and Irfan Pathan tweeted against it. 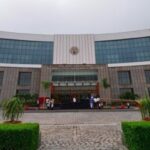 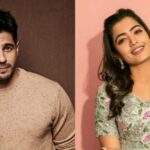