Ever since the day Sidhu Moosewala left us, we all have had this huge void somewhere in our heart, that might never go away now. What Sidhu could do if he lived longer, what achievements, what peaks he was going to climb went away with him.

However, a collaboration between Sidhu Moosewala and Drake has always been a dream for the Punjabi Music fans. The day Drake followed Sidhu was in itself a testimony of the global exposure that Sidhu has given to Punjabi Music, but it also gave rise to rumours about the collaboration. It sounded like a joke to everybody until we all saw Drake paying tribute to Sidhu Moosewala during his Toronto concert. His t-shirt, a tribute to Sidhu, gained worldwide media attention, making us realize what he had actually lost.

Recently, D-Teck posted a tweet through his official twitter handle. He wrote “Be Patient! It’s Coming”. While infinite conclusions can be drawn from the line but the two emojis that followed this were what gave Sidhu’s fans a hope. He followed the line with a Tractor Emoji, which was then followed by an Owl Emoji.

Now, fans speculate that the Tractor symbolizes Sidhu Moosewala. The tractor love of our Tibbeyan Da Putt is known globally today and he was also called “5911” (a tractor) by his fans. The owl symbolizes Drake. Drake’s brand OVO is represented by its logo – an Owl. So a tractor X Owl makes the fans think it’s actually a hint at Sidhu Moosewala X Drake.

Earlier too, D-teck in an Instagram story said that a Sidhu Moosewala and Drake track produced by Steel Banglez would be legendary. The story had ignited rumours about a track by the two artists together but it never came true.

The dream collaboration has been the most awaited track ever in the Punjabi Music Industry. And the very thought that it can actually turn true makes us wonder what an artist Sidhu Moosewala actually was. This is all that is left of the great artist, his unfinished tracks, his songs, his global impact and obviously his immortal legacy. 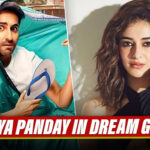 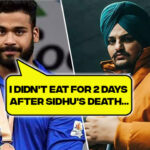