No Name is enjoying its ranking at position number 73 on Billboard Canadian Album Charts. It includes a total of 5 songs; Never Fold, Love Sick, Everybody Hurts, 0 to 100 and Bloodlust.

The announcement of the EP ‘No Name’ was made public last minute by Sidhu Moosewala and it left the fans extremely excited.

In the EP, Sidhu Moosewala has collaborated with Sunny Malton, Capone and AR Paisley in three songs, and remained the solo vocalist for the rest two.

Also Read: Karan Aujla’s Awaited EP Way Ahead To Release On THIS Date. Details Inside

All the fans are currently obsessing over the latest songs released by Sidhu Moosewala and showering immense love and appreciating comments on the artist. If you haven’t listened to the EP yet, listen to it here.

After the Punjab election, Sidhu has now become super active about his upcoming projects once again. He first released two tracks; Fuck Em All and Scapegoat, and now is entertaining his fans through his EP.
Sidhu once again has become the talk of the town, and all his fans are eagerly waiting for him to announce more projects and unveil the upcoming tracks. 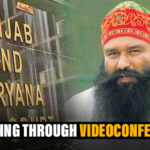 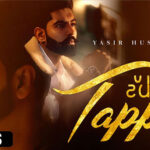