The sudden demise of Punjabi superstar singer Sidhu Moosewala did not come as a surprise only but also broke millions of hearts. The fans and admirers of Sidhu are still not over the pain and are not in a condition to believe that that favorite singer is no more alive. In such a case, Sidhu’s family is also going through a very rough phase and has now made a decision about Sidhu’s unreleased projects.

Also Read: Sidhu Moosewala Used To Pay Fees Of All College Girls & Protect Them From Eve-Teasers

The message clearly addresses the producers not to share, leak or release finished or unfinished projects of Sidhu Moosewala. It has also directed the people to hand over all the projects of Sidhu to his father after his bhog on 8 June 2022. It is also specifically mentioned that strict actions will be taken against people involved in leaking/releasing any Sidhu’s song without consent.

In the Instagram story, it is also clearly mentioned that if any companion, friend, or someone from his extended family of Sidhu Moosewala asks for access to Sidhu’s project, the music producers are not supposed to hand over the stuff to anyone except Sidhu’s father.  The artist’s father is the only one who gets to decide everything about his son’s unreleased projects, said the message. Also Read: Sidhu Moosewala’s Finished & Unfinished Projects He Left Behind For Us

The heartbroken fans were waiting to listen to Sidhu’s last handful of projects, but now if they will ever release or not, nothing is concrete. Sidhu Moosewala’s father will make up his mind and decide for the projects individually. 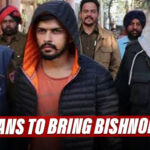 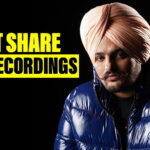