Sidhu Moosewala was counted one among the best and most loved singers of the Punjabi Music Industry. He was brutally murdered by anonymous gunmen on 29 May 2022 which left all his fans and industry shattered. Immediately after the unfortunate incident took place, the world was in shock and many artists from Hollywood, Bollywood and Punjabi Industry expressed their heartfelt condolences.

While some shared Sidhu’s pictures, others shared their memories, last meeting, and conversations with Sidhu Moosewala. Social media is still flooded with various captured moments of Sidhu Moosewala and spreading a wave of sadness & gloom all around.

But now, Sidhu Moosewala’s official Instagram account has released a statement for the friends and colleagues of the late artist. It has requested people not to make public the call recordings and recorded conversations with Sidhu Moosewala.

The message reads, ‘With folded hands, we request you, every time Sidhu talked to anyone on a phone call, he never knew that the call was being recorded. The conversation was specifically for you only. Don’t share the conversation on social media. All that he said was for you, keep it to yourself, don’t post on social media, and don’t make anyone listen to them as well’

To this, Simiran Kaur Dhadli has reacted through a series of her Instagram stories. The singer had earlier shared her call recording with Sidhu Moosewala, and the people criticized her for the same. But she has stepped ahead to clear her intention behind it.

Simiran revealed that just like any other person, she had kept safe her first conversation with Sidhu Moosewala. Because every person does this when they talk to a renowned personality.

“I only shared it to express my pain and sadness. I wanted to share happy memories of my friend, but I forgot there are two sides to society”, Simiran wrote in another story.

In the third Instagram story, Simiran revealed that she has deleted the call recording in response to the story shared by Sidhu Moosewala’s family and not because of the people criticizing her. 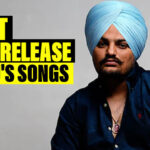 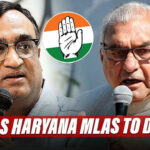