The fans cannot keep calm because Sidhu Moosewala is finally coming live! There couldn’t have been a happier news for the Punjabi Music fans in USA and Canada. Coronavirus has had adverse effects on every major industry of the world and it’s now been a couple of years since the world hasn’t gone back to its normal working.

Punjabi Music Industry was also affected by COVID and for a year, we did not have any live shows at all! At one time, there were artists performing live in parts of the world and the reaching out audience all over the globe and suddenly everything came to a standstill. Live shows are the closest interaction between a fan and star and their absence caused a lot of disappointment among both.

Now, we are finally getting back on track. Though Sidhu Moosewala recently performed in various club shows, the audience had been demanding full fledged open live concerts with huge crowds! Finally, their demands have been listened to, and Sidhu Moosewala is all set to perform in multiple cities of Canada & USA. The live shows will be held by Platinum Events! They uploaded a post teasing fans with a caption from Sidhu Moosewala’s album Moosetape’s trailer! The post mentioned a USA and Canada tour of an unrevealed artist in 2022.

After the release of his album Moosetape, Sidhu Moosewala had announced that a ‘Moosetape world tour’ will be held and Sidhu would tour various countries all over the world including USA & Canada in it. Though it’s not confirmed but this USA and Canada tour could also be a part of its

Later, Karan Singh Bawa, uploaded a picture with Sidhu Moosewala and Bunty Bains on his official Instagram handle and confirmed about Sidhu’s live tour. He even put up a story in confirmation of the same. The event management company has promised that this tour will be the biggest live show tour ever in the history of Punjabi Music Industry! 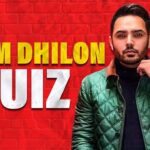 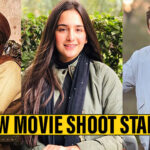