Director of Rabb Da Radio, Tarnvir Singh Jagpal has embedded his name in the Punjabi cinema industry. The director has announced his upcoming film with singer Sidhu Moosewala in 2018 which has been the talk of the town right from the word go. The title of the film is ‘Yes I Am Student’ and was announced in 2018 towards the end.

The film was supposed to release in 2019. But due to an ongoing pandemic the date was pushed forward to 2020 and then again it got postponed. Nevertheless, now it appears it would not be long before the film will finally be hitting the big screens, as the director of the movie Tarnvir Singh has dropped the hint about the release of it’s promo.

Yes, you read that right. Sidhu Moosewala’s another Punjabi movie, ‘Yes I Am Student’ has been  made to the big screen soon. Tarnvir took to his social media and shared a very intriguing story where he wrote ‘Official Promo 9 nu 9 Am’. The promo will be out on 9 October at 9 Am.

Speaking of Sidhu Moosewala’s co-star, then he will be sharing the screen with one of Punjabi industry’s talented actresses Mandy Takhar. This is the first time these two have worked together, and the audience is looking forward to seeing their chemistry on the silver screen.

Meanwhile, Sidhu Mosewala’s debut film ‘Moosa Jatt’ got its release date. It will be released on 8 October in India. Read the article for more details on Moosa Jatt. 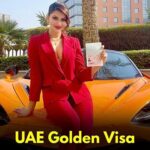 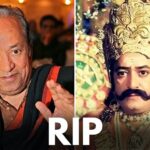