Punjabi rapper Sikander Kahlon has finally announced his next album. The album has been titled ‘MF13’ by the artist. It will be dropping on 13th of August. Sikander Kahlon took it to his Instagram stories to announce the album and also to make the release date public.

In the first story, Sikander also wrote ‘Gotta Finish Another One’, which might be a hint that the man is working on another album, and this one hasn’t even dropped yet.

Sikander has been in the game for almost a decade and he’s been entertaining the audience with his over-the-top rapping skills. But what actually makes us sit with our headphones on when Sikander drops a track, are his lyrics.

He’s not afraid to talk about social issues in his raps and take shots. Guess that’s what the art of rap was made for! His most recent works include his feature in Sidhu Moosewala’s album MooseTape in the track ‘Racks and Rounds’. Sikander has given a huge number of albums like PRE SK, SK is the future, Mikhail, Mohali Messiah 2 and countless more.

He’s all set to add another album to his already never-ending list. As of now, we only know that the album is called ‘MF13’ and that it will be dropping on 13 August. There’s only a day left in the release and we might get updates on the album from the artist soon. 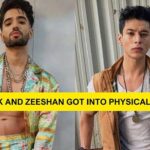 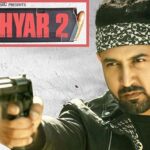