Sikander Kahlon is a big name in the industry and doesn’t need any introduction but he has decided to reintroduce and say something about himself.

Sikander recently posted a serious note on his Instagram page.  His post is really big where he has reintroduced himself and explained his perspective towards the genre of his work.

In his acquaintance he said, he had given raps on various subjects and done more than 450 projects. One who does not follow this rap culture will never be able to understand its dialect and might get offended by the words. He also addresses the wrangling over the outfits of the model in the song videos and said that most of the time models choose their apparel and the audience also wants to watch the same. If the viewers have any objection they can take help from the legal system and make some robust laws.

He also wrote something about his personality that he is a bit conservative but for his profession, he has to switch his attitude. In a few of his writings such as 100 bars, Survival, and others where he expressed his true instincts and in others he enjoys the music and the message of the song.

In the end, he thanked his seniors, fellow artists, and fans who guided him in the right direction.

Before ending his post he appealed to people not to attack him for this music. HIP HOP reflects the society and the rappers are doing their job raising the social issues via their writing, unlike the venal news reporters. 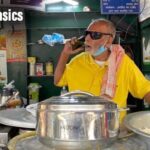 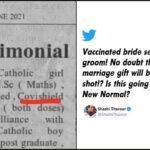