The world has witnessed many miracles and we believe some of them take place in Kartarpur Sahib Gurudwara. It’s not a secret that the holy temple has been the base for reuniting people who were separated long back in the 1947 partition.

And now also, overwhelming news from the Kartarpur corridor is doing rounds on social media. A story covered by Punjabi Sanjh TV shows two Indian Sikh brothers meeting their Muslim sister from Pakistan after a long gap of seventy-five years. Yes, the siblings were separated during the India-Pakistan partition, and have met now for the first time.

On being asked how it feels to finally meet your sister after ages, the old Gurmukh Singh said, “Our sister was very young when we got separated. She was left in Pakistan and we did not even know if she was alive or dead. The Internet made it possible for us to get to meet her once again.”

This news caught the attention of netizens after a journalist from Punjab, Man Aman Singh Chinna tweeted about the same. He shared a snap from the video and wrote that one of the biggest advantages of the Kartarpur corridor is that long separated siblings have been able to meet.

This is not the first time when a story of reunion at Kartarpur Gurudwara like this has made headlines. The corridor has helped many people meet their long-separated siblings, friends and family members.

The news surely is heartwarming and overwhelming. Netizens are sharing this beautiful video of reunion on social media which is making the story even more popular. 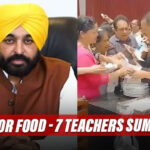 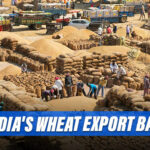