64-year-old Surjeet Singh is an Indian immigrant who is currently trending in the news headlines. He was punished with five years of imprisonment after a vehicle accident in Yuma, Arizona.

As per the report by Hindustan Times, Surjeet was stripped off his turban when he entered Yuma county jail and had his beard forcefully shaved by correction officers. And later was transferred to Alhambra Reception Center operated by ADCRR- Arizona Department of Correction, Rehabilitation and Reentry.

Various advocacy groups have filed complaints in favor of the Sikh man as he believes he must wear his turban and refrain from cutting any of his hair.

The advocacy groups are also claiming that this egregious incident has caused deep shame and mental trauma, including severe depression to Surjeet Singh.

The case has been filed by the American Civil Liberties Union of Arizona & ACLU Program on Freedom of Religion and Belief, the AlCU National Prison Project, the Sikh Coalition, and WilmerHale LLP.  The complaint also mentions harassment of the Sikh man as his beard was cut for the second time by the prison staff.

“Mr. Singh’s faith requires him to maintain unshorn facial hair, and the ADCRR’s arbitrary policies should not violate his or anyone else’s religious rights in Arizona” 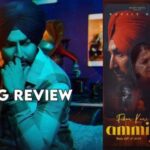 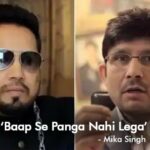