The sensational and superhit singer of Punjabi Music Industry Simar Doraha is entertaining his fans with his superhit tracks.

The singer has revealed a great surprise for his fans recently. On his Instagram account he shared the poster and announced his new album ‘Patience’.

While the fans are already hooked to his first album ‘XL’, he has announced the release of the second one as well.

Patience will be released in July immediately after the completion of XL.

As per Simar’s Instagram post, he planned this because his fans used to complain that he doesn’t release enough songs.

After this, he made his mind and prepared this huge surprise for his loved ones.

In his Instagram post, he also expressed his gratitude towards Taran Bajaj and Dinesh Auluck & Satvinder Singh Kohli owners of Speed Records for always supporting him and investing in him.

He also revealed that he has shot his upcoming Album in Dubai in a week with Sukh Sanghera and Sam Malhi.

The fans on the internet seem very excited about this latest announcement. We are sure Simar Doraha is going to rock the music charts with the help of his upcoming album ‘Patience’ just like he did with ‘XL’. 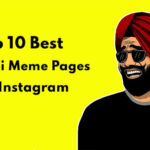 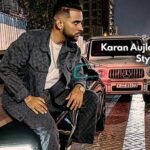