An Instagram reel is going viral on Instagram and the same was shared by Simar Doraha on his Instagram story. The reel depicts an act by a youth where he is seen injecting himself with drugs while Simar Doraha’s ‘Nasha’ song plays in the background.

Disappointed by the take of the youth of the country to drugs and its addiction, Simar Doraha put up the reel on his Instagram story and criticised the act. He criticised the way drugs have been endorsed in the video and that he is not very impressed by the act.

He also went on to add that people who are actually drug addicts, lose their laughter and their life is taken away from them. Only they know the real pain.

At the same time, popular Punjabi song critic on the platform, Sardar’s Take also shared the same reel on his Instagram story and went on to criticise it. Simar Doraha replied to the story, as seen in a screenshot shared by Simar of personal chat between both of them.

Drug addiction is not a mere problem of Punjab but the youth of the whole world. Simar tried to make it clear that he knows the real pain behind it and does not promote such things by any chance. 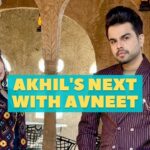 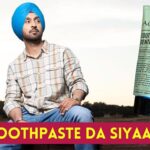