Punjabi singer Simar Doraha has taken his career as a singer and songwriter to another level. After marking his name in one of the most loved artists in the industry, he is all set to win everyone’s hearts with his new project. The artist announced through an instagram post, that he will be soon releasing his first book. The book has been titled “ Samaan ”.

The artist wrote in the caption that every artist comes up with music albums, but writing a book is something few artists have ever done. The book will talk about the life of a celebrity and also include alcohol and drugs as the central theme. Simar credited “ Online Kitab Ghar ” for making the release possible.

Simar expressed that It was his childhood desire to write a book and release it. The artist has not decided an official release date for the release and has attributed his fans with the right to decide the date of the release.

Simar Doraha has made his separate place in the industry. His last song “ Bullet ” was a nostalgic ride and showed the true potential of the artist. No doubt his book is going to be a daily night read for his fans. 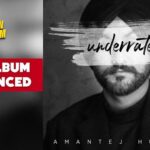