Shreya Ghoshal is one of the most loved and melodious singers in the Indian Music Industry. Her songs are accepted with utmost love and warmth. Now, the popular singer is set to release her new song called ‘Tere Bajjon’. And the song has become an awaited one as it features Simi Chahal in its music video.

Both Shreya Ghoshal and Simi Chahal are two prominent names in their specific fields of work. While Shreya is an acclaimed singer, Simi Chahal is a popular Punjabi actress who has acted in various super hit movies like Rabb Da Radio, Daana Paani and more.

This duo has collaborated on an upcoming song. Titled ‘Tere Bajjon’, the song is going to be a sad romantic track. ‘To Love Is To Let Go’ is the tagline of the song, which is enough to describe that it is going to be a heartbreaking melody.

The released poster of ‘Tere Bajjon’ looks appealing and vibrant. It features a lovely chemistry between Simi Chahal and Prateik Babbar who will lead the music video of the song.

Coming to the credits, Tere Bajjon is sung by Shreya Ghoshal while Kumaar has penned the lyrics for this upcoming song. Jatinder Shah is the man behind the story, direction and screenplay of the music video of Tere Bajjon. Also, Jatinder is the man who has given music to the track.

The song’s announcement poster has actually grabbed everyone’s attention on the internet. The fans seem super excited and waiting for the song to release. For now, the team has not revealed the release date of the song, but we have begun the countdown already. 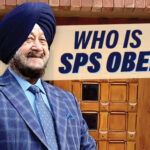 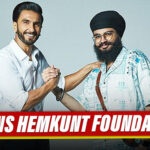