Punjabi singer Simiran Kaur Dhadli has earlier released the song ‘Lahu Di Awaaz’. The song has generated a range of opinions on social media. Not only this, the song that has garnered popularity on YouTube addresses the rise of women who expose their bodies on Instagram. Further, it is speculated that due to this song, Simiran’s official Instagram account has been reported by mass and it got down.

Now, there’s a piece of great news for her fans, the singer again joined all the platforms of social media that are Instagram, Twitter and Snapchat. She took to Instagram and shared that many people took this opportunity and in my absence, many fake accounts were made. And her fans who want to connect with the singer got confused. So now she is back on social media. She shared her official username so that her fans could directly reach her.

She also unveiled that she has put an appeal for her old account, but there’s no confirmation whether she will get it back or not. So without wasting more time, she made a new account as she is all set to release many melodies. Interestingly the song will be in Puadhi Language. There are many people who are well versed in Majha Doaba and Malwa language but very few are familiar with the Puadh language, so she will come up with songs. She has also shown a preview of this song which is titled to be ‘Baatan Puadh Kiyaan’.

The song as usual seems very unique. Moreover, it will be great to see something new in the Punjabi industry. Further, her bold vocals will surely win the hearts of the audience. 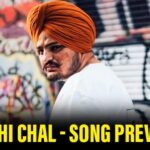 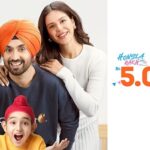