New sensation  of the Punjabi music industry, Simiran Kaur Dhadli is making her name with hit numbers like Sahiba, Nazraana, Marjaaneya and many more. Her last released tracks ‘Reality Check’ and ‘Barood Wargi’ have received a lot of appreciation.

Singer Simiran Kaur Dhadli is now going to release another song ‘Good Luck’, which she shared on her social media handle. Sharing the post she wrote, Releasing Soon and tagged Singer Garry Sandhu.

Talking about the details of the song Good Luck, it’s a female version of Garry Sandhu’s song ‘Good Luck’. The song has been penned and composed by Garry Sandhu himself. The original version was released 3 weeks ago. But, the new version has something different, as it will be featuring Raj Shoker. The music will be given by Rahul Sathu and will be released under Tdot Films.

Have a look at the poster:

Meanwhile, the fans are excited to listen to this song from Simiran’s vocals. As they will get to see a new side of the song. The song is about a girl cheating on a guy and he is replying to her. People have very much loved the original version. Let’s see how they will react to the new one. Furthermore, the release date of the song has not been revealed yet but as per her caption, it will be released soon. 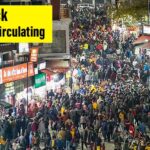 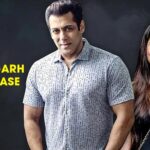