Simiran Kaur Dhadli’s recent song ‘Lahu Di Awaaz’ has turned out to be the year’s most controversial one by far. While many people and celebrities came out in support of the song, it also upset many. Popular Punjabi Social Media Influencer Meetii Kalher was one of them. She openly criticised the song for ‘slut shaming’ and opposed Simiran’s ideology in the song.

The latest breaking news is that the controversial song, Lahu Di Awaaz, has been removed from Youtube. The removal has come following a copyright claim filed by Meetii Kalher for using her pictures in the music video of the song. As of now, upon opening the song on Youtube, the screen just reads that the song has been removed due to a copyright claim by Meetii Kalher.

Meetii Kalher also took it to Instagram to confirm that the claim was filed by her. Sharing a screenshot of the removed song and her copyright claim, Meetii wrote that usually she has no trouble with Punjabi songs and ideologies, but if you are using her pictures or videos, you have to pay her.

In the follow-up story, she also said that she has no interest in initiating a controversy with Simiran Kaur Dhadli. She also went on to add that Simiran could make 100 versions of the song and they wouldn’t affect her, but if her videos and photos are being used, the artist needs to seek prior permission.

Suggesting Simiran to use social media mindfully, the influencer ended her message to the singer. It was being predicted that the song could be taken down by the way of copyright by any of the influencers whose videos or photos have been used in the song, and the speculations have turned out to be quite true!

Even though the song is extremely controversial, and as of now, not even available on Youtube, Simiran is preparing for a sequel to it. In one of her Instagram stories, the singer revealed that she was writing Lahu Di Awaaz 2 and it would be out soon. 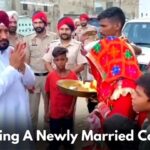 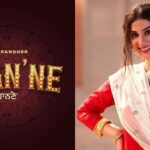