It’s not been many days since when we’ve lost the musical legend Sardool Sikandar. It’s a tough time for the industry, his fans and his family especially.

But in a recent video clip, released by punjabi singer Amar Noorie, she has addressed all the fans who are grieving after losing Sardool Sikandar.

In the video she started by thanking and showing gratitude towards their fans who are providing moral support to her and her children. She later spoke against a few friends and relatives who are intentionally raising funds in the name of late Sardool Sikandar. She bewared the fans about such frauds and said we are not facing any problems financially, so if anybody asks for financial help from you in the name of the late singer or to help his family, kindly don’t get involved in any such transactions.

The singer requested the fans to let them know about such people who get in touch with the public and ask for funds which are related to Sardool Sikandar or his family in any way. She also warned such frauds by stating that they won’t mind taking such a case for a legal action.

Amar Noorie also got emotional and spoke that the love, blessings and prayers of their fans are more than enough for them which makes them feel such support is way more higher than any kind of monetary or financial help.

We understand the emotional state of Amar Noorie and her family is not really good right now, but the way she managed to release such a strong statement to help the fans is worth appreciating. 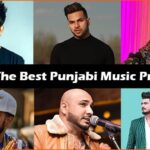