Songs leak isn’t something new to the Punjabi music industry. Every now and then an artists’ hard work is leaked by some unknown sources and the whole staff involved in creating the song has to suffer. The latest addition to this is a Punjabi singer and songwriter Jerry.

The singer recently came live on Instagram, which he titled tagging video director Sukh Sanghera “Want Answers ASAP”, and revealed some details about his songs that were uploaded on Sukh Sanghera’s official YouTube channel, on Thursday. Jerry blamed Sukh Sanghera for uploading 3 of his “Rough Cut” videos on his channel. The videos had been uploaded roughly, without any color grading or video editing. Jerry claimed that the videos had been uploaded without prior notice to him. As revealed by Jerry in the live, the singer tried to contact Sukh Sanghera after the incident but was allegedly blocked by the video director from all platforms, hence, the singer had no other choice but to come live on Instagram. The singer can be seen clearly hurt by the incident as he talks about his hard work put into singing and writing all three songs. He also said in the video that previously he had refused Sukh’s offer to sign him and had worked independently with him.

On the other hand, Sukh Sanghera, who uploaded the three rough cut videos on his official account, wrote in the description of the videos that their team apologizes for releasing the rough cut videos and stated leakage of audio of the songs without their knowledge behind the action. The description of the videos also says that due to the leaked audio they did not have any choice but to release the unfinished project.

Sukh Sanghera hasn’t made any official statements yet on the matter and hasn’t given Jerry’s answers. The fans have commented excessively on Jerry’s Instagram live in support of the singer and await Sukh’s reaction on the matter. 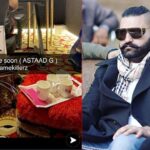 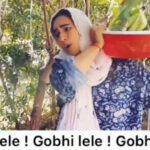