People all over the internet are undoubtedly grooving to a specific track currently and that is We Rollin. Wherever we turn our faces and ears, we just listen to Mere Dabb 32 Bore, Thalle Kaali Car Ae by singer Shubh.

And as of now, the song, We Rollin, has completed its 20 Million streaming mark on the audio streaming platform, Spotify. This is of course a huge achievement by any artist. And for the one who debuted and its debut track goes on to become so popular that the entire public is stuck at listening to it.

We Rollin is heard all over the IG reels, Youtube Shorts and of course is in people’s playlists. Shubh has set an amazing example as a debutante with this very popular and awesome track. Till date, only the audio of the song was released by the singer and lyricist months back and hopefully the video will also be before the audience.

Recently, Shubh shared a post of him directing some hints towards an upcoming video of a song, similarly director Rubbal GTR too shared a picture of him with a singer and hinting towards their collaboration for an upcoming video of previously released song. Fans have already prepared their minds to see We Rollin as a video song too, soon.

ALSO READ | Singer Shubh To Release The Official Video Of We Rollin Soon?

Not just netizens but many Bollywood and Pollywood stars were seen making public their very interest in this awesome song by Shubh, We Rollin. It isn’t their fault for sure, the song is actually very amazing with a perfect combination of music, lyrics and vocals.

We Rollin and Elevated are 2 of Shubh’s tracks which are ruling the charts and people’s hearts in the current time. The 20 Million streaming mark is something huge to be proud of and Shubh has done it with his debut track itself. 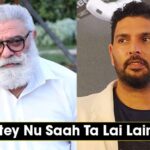 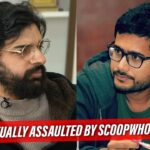